''If men don't like the construction industry, why would women?”

In the latest in a series of questions asked by Becky we will address “If men don't like the construction industry, why would women?” Here we will consider how the industry treats its employees generally and why it should be attractive as an industry. In order to do this I will focus on the average construction; worker a middle-aged white man.

If you would like further reasoning on why women should seek such a career, in addition to these comments, please have a look at the first blog and other blogs in this series.

Firstly, let’s acknowledge that “if men don’t like construction” is a  bit of a generalisation; at the moment we are in the middle of a difficult economic climate (as if you hadn't noticed) and unfortunately, it looks like construction is one of the sectors that has been hit the hardest (workplace employment relations study 2011) so it’s bound to seem like people are unhappy here.

However, it should be recognised that some of the things that make the industry great have gotten a little out of hand and can now be the very things that become off-putting. I have listed some examples below and shall talk about two in full. 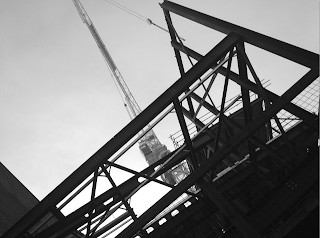 If you would like me to elaborate on other areas in a separate blog please do let me know.  But for now: -

High self-employment - Construction is a sector where you can be your own boss, work your own hours and charge your own rates.

Obviously it’s become harder; where there was a massive demand for bricklayers previously, there are now estimated to be five for every job as a result of new building methods and the recession.

Nonetheless though, especially when times are good, it gives you the freedom to work flexibly. Bricklayers, steel fixers and other skilled trades often work this way.

False self-employment – this is where some people realised they could take advantage; by taking on people as self-employed subcontractors but treating them as employees.

This means that whilst they have to work the days and the hours dictated to them, they do not get holiday benefits, the right to a tribunal, or any of the other protections the law gives to employed staff.

In the very worst cases this method can be used to pay people less than minimum wage.

I’ve often heard that this is a situation welcomed by the workforce and whilst I would agree that skilled trades benefit from this arrangement (though it could be argued that the Exchequer does not, with an estimated loss of £1.9billion per annum) it’s the unskilled trades that worry me.

In my time on site I spoke to a number of ground workers, concrete slab gangs and general labourers who felt they were being taken advantage of but had no other option  than to stay put for many reasons including; lack of qualifications, need for a a steady wage and illiteracy.

We need to be aware of this as an industry; it drives down prices so firms paying a fair wage and treating employees with respect are driven out of business.

The solution is for main contractors to be more aware and to investigate the organisations they are working with.

As one main contractor put it, “on my last job we subcontracted the concrete and labour for less than we could buy the materials alone with our own privileged discount from the same supplier. We really should have looked into that”. 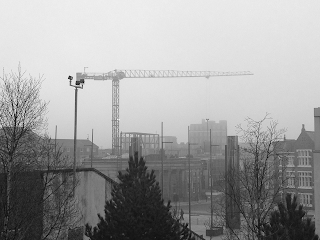 The Craic; pressure to conform

Some parts of construction site culture I love; the camaraderie, the banter, the general understanding that we are all going to be experiencing the same British weather whilst trying to build a building for less money than it costs, with less time than it takes, for longer hours than we are paid for, so we might as well try and have a bit of fun doing it.
Any attack on the “craic”, in its purest form, I will not let go unchallenged as it builds teams, makes the day enjoyable and gives us a sense of identity – put simply, it rocks.

Unfortunately some people chose to use site banter to bully, oppress humiliate and belittle their colleagues not only for their own amusement but also to cement their position in a given group. If you don’t find it funny you don’t have a sense of humour, your not one of the lads, you just don’t get “it”

I personally don’t buy this excuse, mainly because if I ever raise objection to something said in a group, the other members usually have come up to me and said something along the lines of “I agree with what you said. Sorry I didn't say so earlier, it’s just you know, you have to go along with it”.

In my experience though, it’s never “the lads” that think its ok it’s usually one lad who everyone else is agreeing with to avoid an argument.

It seems the more a group looks the same the more we feel we have to fit in with a stereotype and unfortunately the one placed upon construction could do with a bit of an overhaul.

99% of the people (of which on site about 99% were men) I have met working on site were polite, respectful folk who just wanted to do their job, maybe have a laugh and get paid. 1% wanted to stir up trouble, create controversy and make people feel bad about themselves.

I believe you will find this in any workplace. I think construction differs because we don’t stop it. We think everyone else agrees with that one git and so it’s therefore not just OK to go along with the behaviour but would, in fact, be bad for us personally if we didn't.

I think the solution to improving this misplaced belief is to stand up to people who think it’s funny to reinforce this negative stereotype; we need to make it ok to say I’m a builder and I’m proud of that; what you’re saying might make people think badly of us all, so give it a rest and try and find something that’s actually funny to say.

So, I suppose the answer is that whilst there are reasons to dislike the sector there are also reasons to love it. It needs a bit of help in its approach to people which is something that is being considered strategically as we speak; but the people in it also need to play their part by not allowing others to drag our industry down just because they don’t respect others. Saying “I build things” should make people ask “How? What? Where?” not say “Oh right”, as they try not to be patronising.
Posted by Chrissi at 06:10